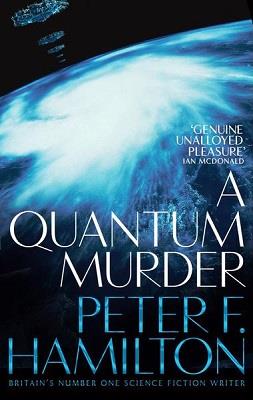 A Quantum Murder is the thrilling second book in Peter F. Hamilton''s incredibly successful Greg Mandel series. Dr Edward Kitchener was a brilliant researcher into quantum cosmology . . . but he''s found dead, lungs spread on either side of his open chest. His employers, Event Horizon, now want to know what happened - and fast. Many were anxious to stop Kitchener''s work, and could have paid an assassin''s fee. And only a mercenary could''ve breached Launde Abbey''s premier-grade security system. Yet why would a professional waste time ritually slaughtering the target? Greg Mandel, psi-boosted ex-private eye, is enticed out of retirement to track the killer. He launches himself on a convoluted trail which will mean confronting the past. But - according to Kitchener''s theories - this past might never have happened. A Quantum Murder is followed by The Nano Flower to complete the Greg Mandel trilogy.