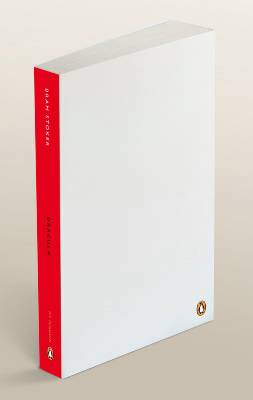 We print the words, you do the covers. We've published seven more Classics with naked front covers and this time there's a twist... Six of the titles have been chosen by six bands and they've all done their own covers for them. Why not design your own cover for My Penguinoe You can choose from Dracula, Alice's Adventures in Wonderland, The Lost Estate, Aesop's Fables, Animal Farm, Steppenwolf and The Great Gatsby. Not forgetting The Picture of Dorian Gray, Emma, Meditations, The Waves, Grimm's Magic Tales and Crime and Punishment. Visit www.penguin.co.uk/mypenguin to find out more! That cover is naked, put something on it.

When Jonathan Harker visits Transylvania to help Count Dracula with the purchase of a London house, he makes horrifying discoveries about his client and his castle. Soon afterwards, a number of disturbing incidents unfold in England: an unmanned ship is wrecked at Whitby; strange puncture marks appear on a young woman's neck; and the inmate of a lunatic asylum raves about the imminent arrival of his 'Master'. In the ensuing battle of wits between the sinister Count Dracula and a determined group of adversaries, Bram Stoker created a masterpiece of the horror genre.